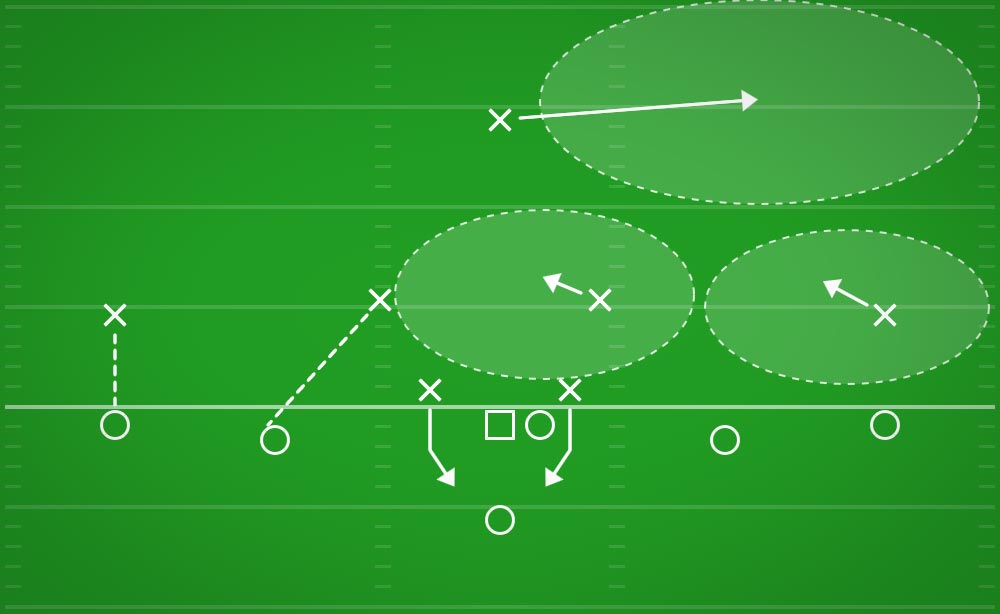 The Hybrid defense is one of the most advanced defensive concepts in this book and seeks to split the field in half. On one half of the field, your team will play zone, and on the other half of the field, they will play man-to-man. This is intended as a way to leverage the positioning of the offense in order to give the defense the advantage

This play is best used when your opponents regularly use a formation that places more players on one side of the ball than they do on the other side of the ball. For example, against an offense with three receivers on one side with only one receiver on the backside, you can place just one player in a man-to-man on the weak side of the play, and devote the rest of the players to a zone on the strong side of the play. This allows you to leverage the offensive formation to your advantage by turning the play into a numbers game, where you have the numbers in your favor.

One of the most confusing things your defense will face while running the hybrid defense is a pre-snap motion by the offense. If one player moves from one side of the field to the other, then you will immediately need to call off the Hybrid concept and move into a Man-to-man defense so that the new formation’s lineup does not cause a missed assignment on the man-to-man side of the play where a receiver could run free without any zones watching over him. Place one player in charge of recognizing this situation and giving the signal to the rest of the team to move to man-to-man.

If your players can handle the more advanced concept of having both man-to-man and a zone employed within one play, then this can be a highly effective defensive play that shuts down one entire half of the field. 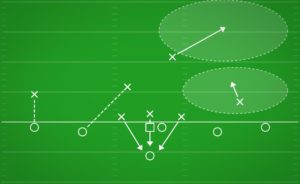 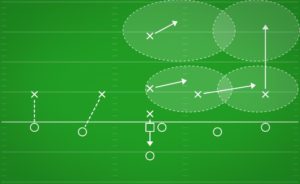 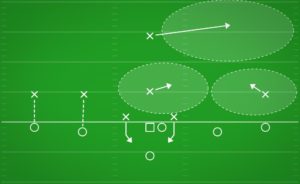 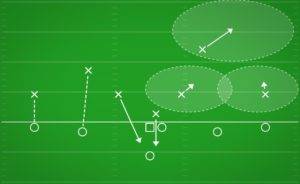 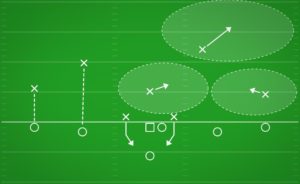